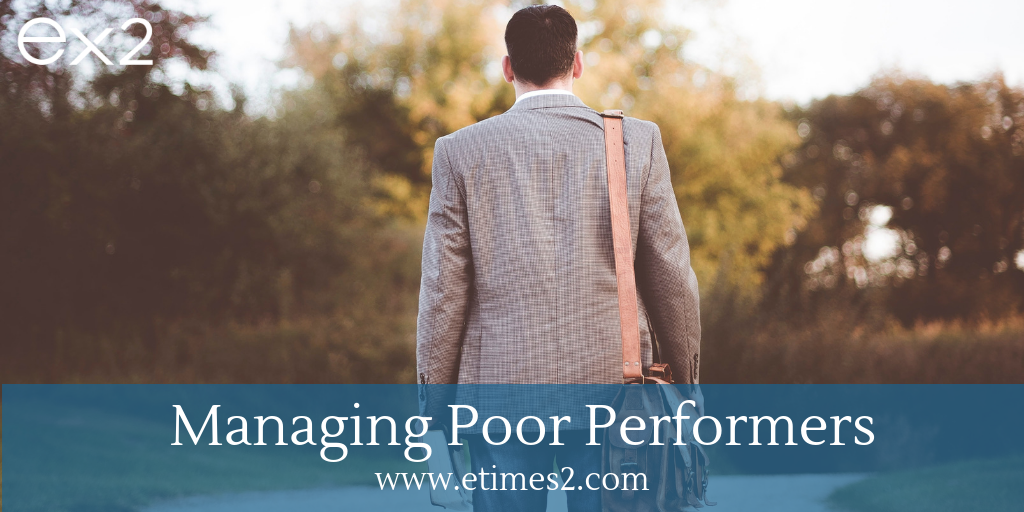 Managing poor performers is always an issue every manager dreads.  Yet, it is a frequently occurring part of everyday management.  It happens all the time, in every organisation.

That doesn’t make it any easier to deal with though, does it?

Managing Poor Performers: why is it so difficult?

While this is undoubtedly one of the least desirable aspects of being a manager, it doesn’t have to be as difficult as it often is.  There are two main reasons why we see managing poor performers as difficult:

The first reason is down to our imagination, fears and dislike for these situations.

Remember the golden rule of performance management: If you choose not to deal with the first signs of poor performance, you are telling your team that it is OK.

An engaging leader will not choose to ignore the early signs of poor performance or behaviours of any kind that fall short of expected standards.  The engaging leader knows that the process of managing poor performers can be relatively painless if done properly from the outset.

S/he knows that the team looks to him/her for guidance on how to perform and behave.  The boundaries regarding acceptable behaviour will be drawn, and redrawn, based on how the leader deals with the early signs of poor performance/behaviour.

S/he is also aware that ignoring the early signs only allows the issue to fester and grow, ultimately leading to conflict and a generally negative atmosphere.  Positive is the preferred atmosphere!  And, here is how to maintain a positive atmosphere, even when managing poor performers.

Focus your attention on those great performers and create a positive vibe in the team.  Recognise and celebrate the achievements.  This will help you to clearly communicate the expected standards of performance and behaviours in the team.  By focusing on the positive aspects of performance, you are having positive conversations with your team.

You should start this process now rather than waiting for poor performance to happen.  This will ensure that some of the undesirable behaviours and performance issues won’t happen as a standard will have been set.

When poor performance does happen, and it will no matter what, then you should take some time to specifically identify the actual performance issue.  Then spend time preparing how you will deal with it.  Do not respond in a knee jerk reaction – this is an emotional reaction and will make matters worse.

Now that you have prepared an objective and logical response to the underperformance issue, discuss it openly with the person involved.  Be honest and open in your discussion.  Ask for his/her input while showing that you care about them.  Let them know that your first intention is to support them to achieve the expected performance.  Your interest is ensuring that s/he has the skills and knowledge to do the job.

Remember, create a positive feel to the conversation.  Psychological safety is a key component of engagement – employees will only engage and openly discuss their performance when they feel safe to do so. 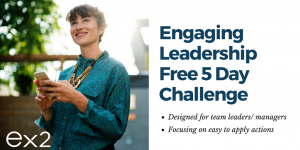 The next step is to engage your team member in designing a path back to good performance.  It is important that s/he is involved in this conversation and gives input to support and development needed.  Discuss all the steps and the timeframe.  Ask them to identify what they need from you at each stage.

For true commitment, it is always good to get the person to ‘feel’ the outcome.  When the development plan is complete ask your team member to imagine the process has been a huge success and they are performing at a high level.  Ask him/her to tell you what that would feel like.  Affirm their response to this.

Then, explore the consequences in the same way.  What would failure feel like?  What would they expect to happen if their performance still falls short?  Explain the consequences at this stage in a supportive manner.  Don’t make it a warning.  Encourage him/her to explore what the consequences would mean to them.  Emphasise carefully that s/he needs to take the opportunity of support.

Simply keep your support visible and proactive throughout the development plan period.  Check in on a regular basis to chat about progress and explore any issues.

The end of the development plan is crunch time.  Has the goal been achieved?  If not, how far away is the person falling short?  How much progress has been made?

If successful, it is time to celebrate and recognise his/her achievements.  Keep the positive vibe alive.

Remember, you are setting the tone of behaviour in your team.  Do not allow poor performance to become acceptable.

What are you doing to positively manage performance in your team?