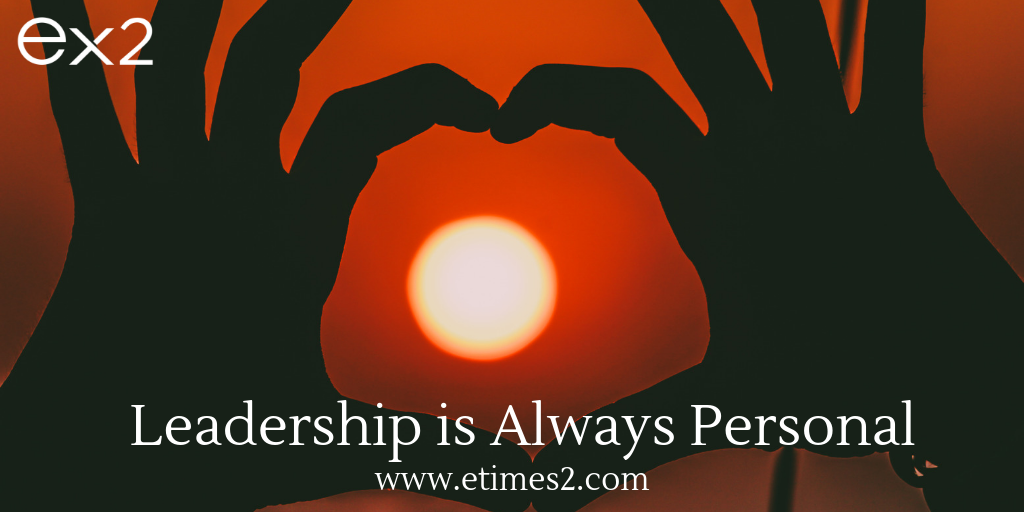 It was a pleasant feeling coming across this phrase, ‘leadership is always personal’, in my reading this week.  Like many of you reading this, I have always believed this and hold it as an important value.

Reading it brought me back to a time when I was working with two departmental managers, Michael and Harry.  They held the same job title and led similar sized teams performing the same functions.  They were based in different geographical locations.

My role was to help both Michael and Harry revitalise their teams.  Senior management were demanding that they find a way to end years of underperformance.  Morale was low and the teams were in a rut.  A few minutes in either location would tell you that.  Every member of both teams could feel the pressure for change.

It is in times and situations like this that you find real leadership.  It is found when teams are under pressure, when their normal working behaviours are being challenged.  When habits ingrained over years need to change.

So, my work with Michael and Harry began.  Immediately, I could see the probable outcomes of my work.  I knew one team had a great chance of breaking their cycle of under-performance.  I also knew the other team never had a chance.

Michael’s team started nervously and then took off.  They flew.  Within months, they were being heralded in the organisation as a beacon of how things should be done.  They received awards and accolades, steaming from being perennial under-performers to the highest performing team.

So, why did the results differ so drastically?  For both teams, I ran a series of team coaching sessions attended by all line managers and team leaders as well as departmental managers.  I also spent time with the team members.

The defining difference is that Michael fully bought into the concept that leadership is always personal and Harry didn’t.

From the outset, Harry continually complained about spending time in the team sessions.  His line managers were busy.  His team members “should be grateful that they have a job”.  “They should just get on with it and do their job and be happy about it”.  He was striving to keep things as they were.  This is not where you find real leadership.

Michael, on the other hand, took his team leaders for breakfast before our monthly sessions.  They met early and discussed the team coaching sessions and how they could use the opportunity for change.  He gave every team leader their place and their voice.  He listened to them and moved them around to suit their strengths.  He listened to team members and discussed the situation openly and honestly.  His team was more prepared for change than Harry’s.  They were engaging in the process.

Michael also did something very courageous.  He went to the Senior Management Team (SMT) to discuss his learning from our team coaching sessions.  He requested that the SMT stop focusing on ‘what’ his team were achieving and start supporting him and the team to change ‘how’ they were going about their work.  He talked about their talents and their ability to turn things around, if only the team felt supported from above.  The SMT agreed and honoured their promise.

This is why Michael’s team flew.

What We Can Learn From Michael

Would you like to know which teams are ready to fly and which are in danger of sinking?  Click here to request an informal conversation with one of our psychologists.